Why Do We Have The Dog?

After one of our dogs, Trixie, passed away this week, my daughter Gemma told me that she wasn’t sure she wanted to get a puppy, because she didn’t want to have to go through that again.

It’s very hard when your family dog, or any pet you’re close to really, dies.

Frankly, it’s not very easy while they are alive, either.  I heard it said once that pets make you live longer.  Sometimes I think maybe it just feels longer.

A dog family member is a furry bundle of trouble and work and fun.  If you don’t have one, it’s hard to understand why anyone would want to go through all of that trouble just to hang out with something that is loud and messy and potentially smelly.

So, let me explain why we have the dog: 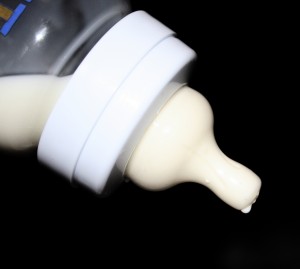 Not because one wag of his tail-of-death clears everything off of the coffee table in one fail swoosh sending books, drinks, and small children flying in all directions, but because a nudge from a furry head can bring a smile to the worst day.

Not because he figured out how to suck all of the milk out of the baby’s bottle, but because babies need someone to pull up on when they’re learning to walk and to be a soft landing when they fall and to eat all of the things they don’t want on their highchair.

Not because he ate a Costco size bag of chocolate kisses and pooped sparkles for a week, but because toddlers need someone to play catch and tag with who will never quit, and to lick their faces when they’ve snuck candy and who loves gooey hugs and sticky fingers.

Not because he barks non-stop at fireworks, but because 5 year olds need someone to keep them safe during thunderstorms. 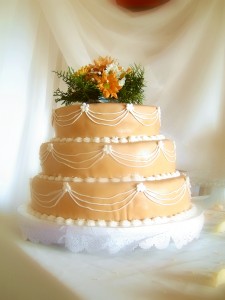 Not because he climbed onto the kitchen counter and proved  that a cake meant to serve 55 people all afternoon only serves one dog for two minutes, but because 7 year olds need someone to snuggle with when they’ve been sent to their room for sassing.

Not because he’s afraid of caterpillars and the clothes dryer, but because 10 year olds need someone to help them be brave and to meet new friends.

Not because he can’t wag his tail evenly, but because 12 year olds need to know they are special and significant even when their world is crazy busy around them.

Not because he insists on carrying a 2L soda bottle around with him, but because teenagers need someone to talk to who will listen forever and never interrupt them and never judge them.

Not because he sleeps on the sofa while we’re out, and hops off quickly  when he hears us drive up, but because 15 year olds need someone to sit with them and protect them when that strange noise in the empty house makes them wish they hadn’t insisted they were old enough to stay home alone.

Not because he feels the need to have a loud discussion with our local gang of raccoons every night at 3:50AM, but because no one should have to be alone when they’re up in the middle of the night.

Not because he ate the entire 6 pound box of jerky treats one afternoon and then brought them up for an encore all over the brand new living room rug, but because everyone needs someone who is always happy to see them no matter what time it is, what day it is, or how cranky they were when they left in the morning.

Not because he loves to wake people up who doze off on the sofa by poking them in their eye with his cold, wet nose, and then licking them in the mouth when they open their mouth to holler at him, but because everyone needs someone to take care of them, watch over them, love them completely even if they don’t always understand each other. 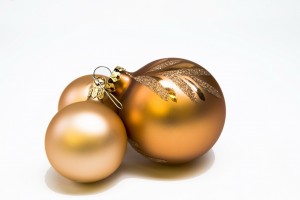 And, not because he knocked over the Christmas tree and dragged it around the house while we were at midnight services on Christmas Eve, but because everyone needs to take care of someone, to watch over someone, and to love someone completely even if they don’t always understand each other.

It’s been a rough week at the Valley house as we’ve lost one of our dear furry family members.  I’m glad we have our other goofy dog, Douglas, to keep us entertained and smiling.

Seems appropriate to have Throwback Day be doggy-oriented this week.

For laughs, click on over to my If It Answers To Easter Basket It Must Be Our Dog post about our pretty, but dumb dog.

…Even though it usually receives no acknowledgement from him we consistently call Douglas “Douglas.”  We are ever hopeful that he will catch on.  But, at 10 years old he still hasn’t. 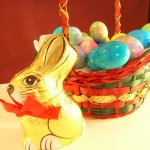 For almost 6 weeks this past spring he answered solely to the name “Easter Basket.”  Daughter#1 was in a conversation, and when she said, “Easter basket,” Douglas charged across the house, giant paws slipping and sliding, long legs flailing, right up to her.  We thought it was a coincidence….

…I’m not sure if Douglas thought “Easter  Basket” was his name or if he had associated “Easter Basket” with candy and was hoping to get some (my dad also comes running at the phrase “Easter Basket.”  He loves him some candy!), but for whatever the reason, for the first time in his near decade as a part of our family, we had a reliable way to call that dog to us.  Gotta admit it felt a little weird hollering it out at the dog park, though….

If you are in the mood for deep thoughts and a tearjerker, I’ll meet you over at my Seriously Today – Our dog Is Dying post about what I was thinking about when I realized Trixie’s cancer was starting to defeat her body. 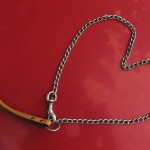 …I’m thinking about how she forces herself to get up and greet us at the door nearly every time someone comes home, and how painful it must be to move on the few occasions when she abandons the effort to rise and merely wags her tail.  I don’t always greet people at the door.  What’s my excuse?

Whichever you pick, or heck go for both, I’ll meet you over there.

As always, the extra clicks on Throwback Day count as cardio.

Has there been a special pet in your life?  Do your kids have pets? What is it about animals that make them worth the effort and expense to have them in your life?

Shoot me a comment.  I’m looking forward to hearing all about it.

That Was Helpful …NOT!

Can I Get A Remote For The Remote?