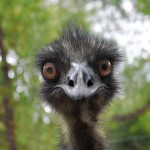 I wonder if Dora and Map could help my family find their way from the sink to the dishwasher.

Marshmallows are such an underrated fruit.

Went for a mile run yesterday. Stupid ice cream man just kept driving even though I was waving my money in the air!

If you ever see the windows to my car fogged up I’m probably just making fajitas.

That Temple Run dude is just me when I’m at 5% and looking for a charger.

If you can start the toilet paper roll without clawing it like a velociraptor then you’re a wizard.

It’s simple. If you don’t want me to hit you with my car, then quit using self-tanner that makes you look like an orange traffic cone.

You know it’s time to do the laundry when you dry off with a sneaker.

Before ordering, I usually ask the waiter which entrees photograph best.

Well if being locked out of my iPhone doesn’t constitute an emergency then why is that the only number it’ll let me call, lady?

Do people that pull their smart cars all the way into a parking spot at a crowded mall, know they are the most hated people in America?

Just put our reservation under the name Cartwright at the Chinese restaurant. If nobody in my party appreciates it, I’m done with RL people.

If you give a kid four strawberries then come back in a minute, it’ll look like they committed a murder.

I sometimes doubt my belief in true love but then I remember Pringles.

Mary Wallace of @ViolaFury for including me in her post Blogging Challenge From A To Z 2013 – Letter F on her blog Homeless Chronicles In Tampa.  Be sure to check out Mary’s blog.  She writes on a variety of topics with wit, wisdom, and humor.  Thank you again, Mary.

Who makes you laugh?  Do you have a friend who always cracks you up?  Shoot me a comment.  I’m looking forward to hearing all about it.

Gotta a favorite tweet this week?  Post it in the comments so we can all laugh about it.  Bonus points to you  if its one of mine!