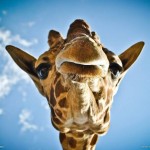 My wife has recently signed me up for 3 different men’s fitness magazines. I think she’s trying to tell me something: I need to read more!

Started typing “special” in an e-mail and autocorrect changed it to “die yak”. I’m now afraid to be alone in the same room with my phone.

I like to use the garbage bags that have the red drawstrings because it makes them easier to spot at the baggage claim.

If you say they found a cure for laziness you better send me a link or something. I sure as hell ain’t looking it up..

I’m forever disappointed that a group of squids isn’t call a squad.

Florida: Where the adjectives ‘warm’ and ‘wet’ aren’t as awesome as they first sound.

I pulled over twice on my drive in, to tweet. So my transformation to Twitter addict is complete. Is the prize a Beard? I hope it’s a Beard.

i converted my tweets to the metric system and now i don’t understand them either.

I cut my 5 year old’s sandwich in half instead of in quarters and this apparently ruined his life.

10yo: Dad. Did you know if you sneeze w/your eyes open, they’ll pop out of your head.#learnsomethingneweveryday

I couldn’t care less about the NSA listening in on my calls. The real invasion of privacy is FB alerting people that I’m playing candy crush

Blanket on, too hot. Blanket off, too cold. One leg out, perfect…til’ that demon from Paranormal Activity grabs u & drags u down the hall.

I think it’s nice we all over-slept on the last Monday of the school year. Good to end the year as we started it – grumpy & rushed.

What makes you smile?  Where do you turn when you need a giggle?  Do you have a favorite tweeter?  Shoot me a comment.  I’m looking forward to hearing all about it.