This weekend was supposed to be one of those pre-holiday-clean-the-house-from-top-to-bottom-so-friends-and-family-who-pop-in-for-holiday-visits-won’t-think-we’re-total-pigs weekends.  Well, big surprise – didn’t happen.

So the weekend cleaning concept wouldn’t be completely lost, I decided to tackle the most difficult cleaning job in our house – cleaning out the recordings on our DVR. 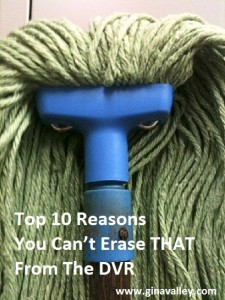 As is traditional, on Labor Day, we labored.

This year, just for fun, we focused on our children’s closets.  As expected, the experience was less than completely joy-filled.

My littles were thrilled to find long lost sports jerseys and AWOL Lego pieces, but less than enthusiastic with the whole cleaning,

How Many Points Is Invisible Food?
by Gina Valley

It bothers me when our dog –

I pride myself on getting these details correct. I want to give you, my dear readers, the correct picture. She’s only 6 months old, so technically she’s still very much a puppy. She acts like a puppy, gets scared easily,

Trying Out For The Olympic Cottage Cheese Team
by Gina Valley

We’ve managed to spill the cottage cheese when it has been in our custody for less than an hour. 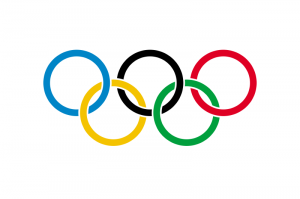 Actually, the safely seal was still on it.

Had the safety seal remained intact after the tumble from the top shelf of our refrigerator to the hardwood floor in front of it,

There Is Something Gooey In The Bathroom

My children were nearly unanimous in their disgust at the state of their bathroom this morning.

Of course, not disgusted enough to clean it up, just enough to complain and to refuse to use it.

“Mom, can I use your bathroom?”  Yeah, you grossed yours out, so please, come mess up mine.

Let me just say, as a disclaimer, this is a whiney post. 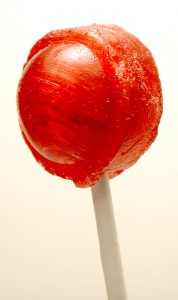 I’m generally an anti-whine-ite, so the fact, that I even hit “publish” is something of a near miracle, which only happened because my great buddy Joan told me that “People need to know that you’re real; that you don’t always have giggles, sunshine, and lollipops up the wazoo.”