This week for Throwback Day I picked my Sometimes Juice Spills post, because it makes me giggle. 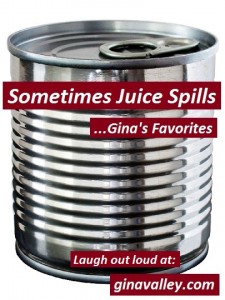 If there was another one on the other side of my neck and it was Halloween I could have passed it off for a neck bolt.  But, just the one at this time of year leaves little option for disguise.

There is cover up.  I coated it with that.  Twice.  It went from looking like a flare guiding aircraft landing on a carrier in the fog to more like a stubby thumb trying to hitch a ride.

A turtle neck would have covered it.  Of course the 80 degree F weather around here this week would have made that less than comfortable.  Plus, there’s my obsessive need to not let anything touch my neck.  I hate that feeling, so I don’t even own a turtle neck. 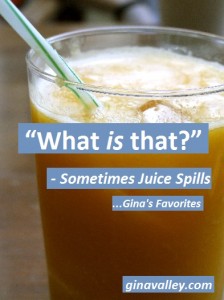 But, I realized that I was probably making too big a deal out of this.  We all focus on our own bodily imperfections, even though most people never notice them, much less give them a second glance.  So, I decided not to worry about it and headed down to breakfast.

The Professor did a double take as I sat down across from him at the breakfast table.  “What the bloody ‘ell is that?” he asked, staring at my neck growth.

Somehow his orange juice got dumped on his eggs about then.

Top 10 Things I Did NOT Know About Parenting