Someone Murdered Our Microwave

I made the mistake of opening our microwave this morning.  I don’t know what I was thinking.  I should know better by now.

The day before yesterday I took my first dose of a new medicine.  This was a big deal for me because, in general, I don’t do medicine.

My body seems to think when I swallow a pill that it’s an insult, and it reacts like a moody teenager.  It tends to either ignore the medicine completely, rendering it useless, or, it does the opposite, and totally over reacts. So, whenever possible, I opt out of the whole medicine thing.

But, as my doctor thought this was a necessary medicine, and I pretty much agreed, I filled the prescription and took it home with me.

Yesterday I took the second dose.  About an hour later my body told me to seek medical attention (I’m fine now. Don’t worry).

Before he sent me home, the on-call doctor told me to go to bed, and to stay home from work because this is a slow release medicine so the effects will be with me for 24 hours.  He also pointed out that it could also be a badly timed case of food poisoning or some medical anomaly.  Precision like that in diagnosis is always reassuring.

My pack and The Professor were left to fend for themselves for the night while I burrowed deep into my bed behind a closed bedroom door to sleep off the medicine’s side effects (or the mystery food poisoning or the medical anomaly or whatever it was).

This morning I must have still been experiencing the effects, as I was obviously not thinking clearly or I’d have known better than to open our microwave the morning after my family had spent time unsupervised in our kitchen. 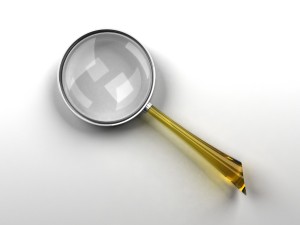 It was not a pretty sight.

I felt like a cross between an anthropologist and a CSI investigator as I stared at the stains and splatters.

Either way I’ll meet you there (don’t tell my doctor.  I’m supposed to be sleeping). 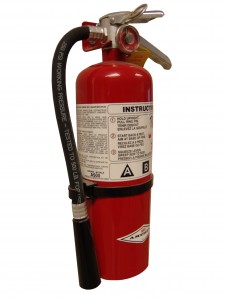 As always my children have selected their own mode of learning.  This year it’s being facilitated by our microwave (As a former engineer I am bound by my lifetime membership in the siblinghood of geekiness to point out that it is not a microwave.  It is a microwave oven.  It uses invisible microwaves to cook.  My children hate when I point this out.  I hate when they leave their underwear in the kitchen. This makes us even.  For today).

And, what have they learned thus far this summer through their semi-clandestine, non-approved course of study? Allow me to provide you with a list.  It’s not an exhaustive list, but having them do all this has been exhausting!

Just yesterday morning my children proved that microwaves have x-ray vision.  They can see right through the lid on the peanut butter jar to the tiny shard of aluminum foil stuck to the top of that jar.  And, they don’t like that shard.

Microwaves are strong.  They can produce enough heat inside the aforementioned plastic (thankfully) peanut better jar to make enough pressure to blow up the lid like a balloon in about 13 seconds.  According to an anonymous child source “it looks really cool.” 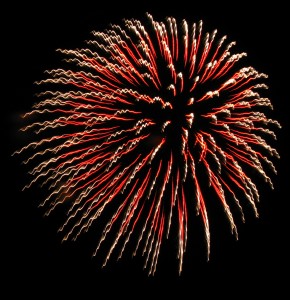 Microwaves are patriotic. They produce fireworks in the form of sparks shooting out from said peanut butter jar in 15 seconds.  A thick, black, kitchen filling, alarm-triggering cloud of toxic-smelling smoke is not far behind.

The peanut butter chronicles, actually an attempt by a child to make peanut sauce, took place yesterday.  But, they are far from the first lessons my off-spring have gleaned from their time with our microwave this summer.

Actually, this is our second microwave this summer.  We just bought it last week (I wonder if the peanut butter experiment was some sort of a “Welcome to Our Home” hazing for it or something, you know, to make the microwave feel welcome).  The first one was done in by a couple of earlier experiments that left it a bit dodgy, as it would start cooking at random and refuse to turn off until unplugged.

Daughter#1 deduced that Taco Bell burrito wrappers shoot out sparks after only a couple seconds and ignite the grease in the burrito shortly thereafter.  She’s also come to know that when there’s a fire in the kitchen it’s good manners, and good sense, to tell an adult what’s going on before running out into the street and screaming hysterically. 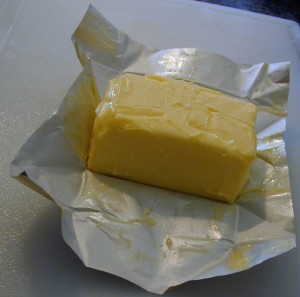 Son#1 has learned that when softening butter for cookies it is vital one does so for only 25 seconds, because when one accidently does so for 255 seconds the butter dissolves, seeps into the workings of the microwave, and bursts into a butter-scented Molotov cocktail kind of thing.   And, as Son#1 pointed out as the primary lesson the experiment taught him, Mom doesn’t make cookies that night if you set the microwave on fire.

The “heat up the metal fork with the plate of food in the microwave” experiment is still unclaimed.  But, though anonymously done, it provided evidence that a metal fork in the microwave for a minute or so produces enough flames and heat to both cremate the food beyond recognition and to melt the plastic plate enough to allow it and the metal fork to become one entity.

Another unclaimed experiment was the “Heat the Pop-tart in its Foil Pouch” inquiry.  Yes, it heats the Pop-tart. Flame will do that.  Yes, it also turns the interior of the microwave into charcoal.

We were taught by yet another unclaimed experiment (my children are such humble scientists!) that heated long enough, and by long enough I mean until someone smells smoke, even plain, dry toast will burst into flame.

Yesterday afternoon, Son#3, the peanut butter perpetrator of yesterday morning, asked if it would be ok if he heated a hot dog in the microwave.  I told him that would be fine and reminded him to cover it so it didn’t splatter around. Wouldn’t want to get grease spots on the morning’s new flame trails in there! 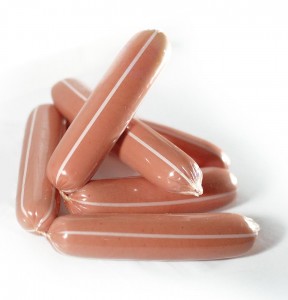 A couple minutes later I heard the unmistakable pop of a hot dog bursting.

No, he did not cover it.  Yes, it exploded and sprayed the entire inside of the microwave with hot dog bits.  Grease was even running under the microwave door and dripping down the cabinets.

The Professor, always one to have perfect timing, walked into the kitchen to find the three of us standing there staring at the grease trails racing down the cabinet.  “What on earth?!” he asked (You know, honestly, after all these years with all of our children and all of their disasters, I don’t know why he still asks.  After all, he doesn’t really want to know. I’m not even sure why he still risks coming into the kitchen).

Now I hate a mess.  And, the idea of having to clean the microwave for the second time in the same day was not the least bit appealing.  But, the exploding hot dog experiment was worth it,  just to see the look on The Professor’s face when Son#4 pointed to Son#3 and told his dad, ”His wiener sprayed all over it.”

I hollered out the front door after The Professor, “Where are you going?”

He said, “To buy another bloody microwave!” and slammed his car door.

I didn’t stop him.  We’ll probably need it next week anyway.

What do you do to combat summer learning loss?  What about summer parent mind loss?  Please, shoot me a comment.  I’m looking forward to hearing all about it!

Now before any one recommends we get one of those over the oven microwaves let me say that I am too short to reach those, and, even if I wasn’t I am not nearly coordinated enough to be lifting hot things over my or anyone else’s head.

Also, no, my young kids are not supposed to use the microwave unsupervised.

Yes, my teens are equally guilty for creating microwave pyrotechnics.

And, yes, we have several fire extinguishers AND a smoke alarm in the kitchen, and our homeowners’ insurance is paid up.

And, no, I won’t let my kids read this column because it’s not funny when you mess up with the microwave.  Except the hot dog thing.  That was pretty funny.

Click on over to these posts for more kitchen laughs:

Is My Fridge A Felon?

How To Make Ice Cubes – An Old Family Recipe

Crime Scenes In The Kitchen

How To Make Rice – More Fun Than The Xbox

Thank you for reading and sharing!