Seriously Today – That Kind Of Sucked, But I’m Still Kickin’!

I planned a longer than usual road trip with my pack this summer. 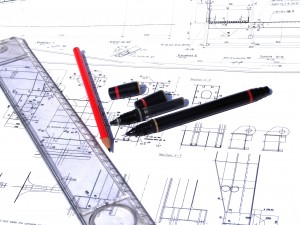 What is it they say about the best laid plans?

Well, whatever it is, it’s true.

Our trip started off well enough.  I even managed to re-schedule or delegate most of my work.  We took three days to travel the distance we often do in 24 hours.  We stopped at 3 zoos.  Swam at the hotels.  Tried out local restaurants.

We arrived at my parent’s home de-stressed and well rested.

But, somehow, despite all the extra rest and easy schedule, I was exhausted.

I chalked it up to the traveling.  I slept in and rested a lot the first 2 days at my parents’ house, planning to be back to my usual hyperactive self quickly.

I woke up in the middle of the second night at my parents’ house and knew something was wrong.  One of my sisters lives near them, and just happens to be one of the four doctors in their extremely rural area.

I called my sister, and told her I that my chest hurt a lot and breathing was hard and painful.  She rushed me to the closest emergency room.

I thought I was having a very bad anxiety attack.  Later, a doctor told me that when not being able to breathe causes you to have anxiety, that isn’t an anxiety attack.  That’s just what should happen.  It’s an anxiety attack when the anxiety makes you have trouble breathing.  Not the other way around.  Good to know.

If I hadn’t been in pain and having trouble breathing and wondering if my heart was about to sign off, I probably would have enjoyed the sight of the tiny emergency room.  There were only two beds, and mine was the only occupied one.

I’d never been the only patient in an emergency room before.  I’d never been one of less than twenty patients.  In fact, just over a year ago, I’d been at such a busy emergency room that I didn’t even get a bed.  I sat on a gurney in the hall holding a number so the nurses would consult the correct chart.

Everyone was polite and patient and professional at this tiny emergency facility.  After an EKG, lab work, and a myriad of medicines and tests, my symptoms had subsided, and, although the cause hadn’t been determined, at least I was reassured that I was not in the midst of a fatal heart attack.

I was sent back to my parents’ house, with a bag of prescriptions, to rest and await the results of more lab work.

I don’t remember exactly what happened after I climbed into bed there.  I know it was hours later when I woke up.  I don’t know if the frightened-looking child in my room came in to wake me up or came in because I called out.

I just know that my chest hurt so badly that I couldn’t control my hands to pick up my phone or get my legs under me to stand up.  Every tiny movement was excruciating.  It was absolutely the worst pain I’d ever felt in my life, and the only thing that kept me from completely freaking out was thinking, foolishly, that it couldn’t be my heart, because I’d just had an EKG 12 hours before.

I don’t know how I made it up the stairs and into the car.  I only remember that my normally slow driving dad was driving me to the emergency room quicker than I’d ever seen him drive.  Somehow that made me feel better.

Just a note:  If you have heart attack symptoms, in most locations call 911 or whatever the emergency services number is in your area.  I was in an extremely rural area.  Waiting for EMS personal to arrive would have taken twice as long as making the drive.  If I was home, we would have called 911 and waited for EMS to take me.

I don’t remember much about that 2nd emergency room visit.  I know there were several doses of nitro.  You let it dissolve under your tongue.  Don’t chew it.  Don’t swallow it.  Just let it dissolve.  It kind of burns.  I didn’t get the expected head pain from it.

I remember IV’s and medicines.

I remember the pain eventually subsided.

I remember being surprised when they were talking about my heart possibly having a problem, because I thought that had been ruled out.

I had NOT had a heart attack, but he thought I was having, among other things, cardiac artery spasms.  That explained the crushing pain and trouble breathing.  Why I was having them was not as easy to explain.  He asked whether I was experiencing any stress in my life.  I laughed.

The following morning I met a cardiologist, who travels between 8 tiny towns in the area and who just happened to be in that tiny town on the day I needed him.

He ruled out several serious problems, and made a plan for diagnosis and treatment for me, most of which, thanks to a less than flexible insurance plan, would have to wait until I was back home in Los Angeles.

He gave me an echocardiogram and a stress test, even though my insurance company said that they would not pay for them unless they were done in one of their facilities, the closest one of which was 300 miles away.  He told me that he wanted me to have the tests right then to make sure I was safe to travel, and he didn’t charge me for them.  He said that women’s hearts are tricky and he wanted to make sure I was stable.

This cardiologist was not only professional, thorough, and caring, he is truly the funniest person I’ve ever met.

He told me that he guaranteed that I would not drop dead on my way home.

I told him that I was glad to hear that because my insurance would consider that “out of area” and wouldn’t cover it.

And, now that I am “in area” my insurance coverage has sprang back to life, and I have referrals and tests flying left and right.

Hopefully, within a few weeks I’ll hear great news, such as that they’ve figured out what caused my symptoms, that it’s no big deal, and that I can throw out all my new medicines.

I know I’ll be OK, I’m just waiting to hear that officially.

In the meantime, my life is different.

Rest is not an option for me now, so work goes unfinished, mail goes unanswered, projects sit incomplete.  I lay in bed, sleeping or not, for 9 or 10 straight hours nightly, about double what I would normally.  Someone goes with me everywhere I go.   I don’t drive.  I always have a bag of heart medicines with me.

And, because yesterday I got clearance to go for walks as long as someone goes with me, I had to teach my kids how to stick a nitro tablet under my tongue in case I’m unable to do it for myself, and what to tell the 911 operator.

And, that kind of sucked.

Have you had to deal with a nasty health scare?  Has someone close to you?  How did you handle it?  Shoot me a comment.  I’m looking forward to hearing about it.