The Screaming You Hear Is Me!!!…Gina’s Favorites

The Screaming You Hear Is Me!!!

Do you hear screaming?

I have a random number generator built into my computer.  When he put it in my IT guy asked if I knew what it was for. 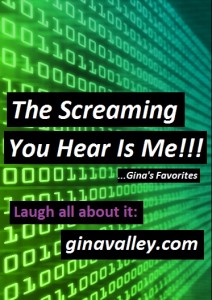 “A random number generator? For filling out my taxes?” I guessed.

That was apparently not funny.  Random number generators are not funny.  I know this because my IT guy gave me the “That’s not funny” stare of death.

He explained that the random number generator was to aid in my fight for cyber security.  I said that I think I have an ointment that treats that.  He gave me another stare of death.

Computer security is serious business.  I know this because he told me, “Computer security is serious business.” (I wonder if he ever reads this? If so, I’m so gonna get the stare of death again on Monday!).  He went on to explain that the random number generator would spit out random numbers which my computer would then use to decide what passwords should be and when to change them.

I suggested that it would be a good idea to change them at the end of every quarter.  I was wrong.  That is NOT a good idea.  I know this because my IT guy said, “That is not a good idea.” And then, looked very serious.

I, fool that I am asked why that is not a good idea.

My IT guy said, “You can’t change them at the end of any quarter. It’s too predictable to change them on days like that.  Hackers will know when the passwords they have don’t work anymore.” 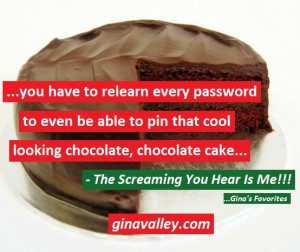 So, as I understand it, my random number generator is constantly generating random numbers at random times.  When it generates a particular random number, or when it just happens to be an especially bad day for it for me, it resets all of my passwords to new random “words,” which are composed of a string of random letters, numbers, and symbols of random length.

Anyway – every time it resets all my passwords it makes me think I have suffered a case of instant dementia or amnesia or whatever it’s called when your brain instantly ceases up and refuses to process even one more thing. 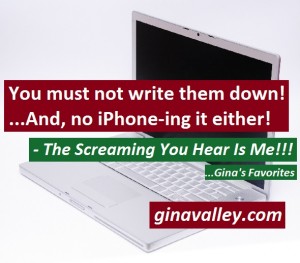 So, every so often, after a random amount of time has passed since the last time, you will hear me screaming because just as I finally got them all memorized and I am invariably working on a deadline, all of my passwords will change.  Randomly.

So I scream. Randomly.

At least this time my IT guy is screaming, too, because the computer randomly selected today to select new random passwords.  And, today is the last day of the quarter!

Are you screaming, too?  How do you remember your passwords?  I look forward to hearing all about it! Shoot me a comment and share the scream!

Top 10 Things I Did NOT Know About Parenting...Gina's Favorites