This is Hunter.  He (well at least I think he’s a “he”) is from HALO and is my body guard this week. At 2 ½ inches tall, he’s the largest plastic body guard I’ve had. 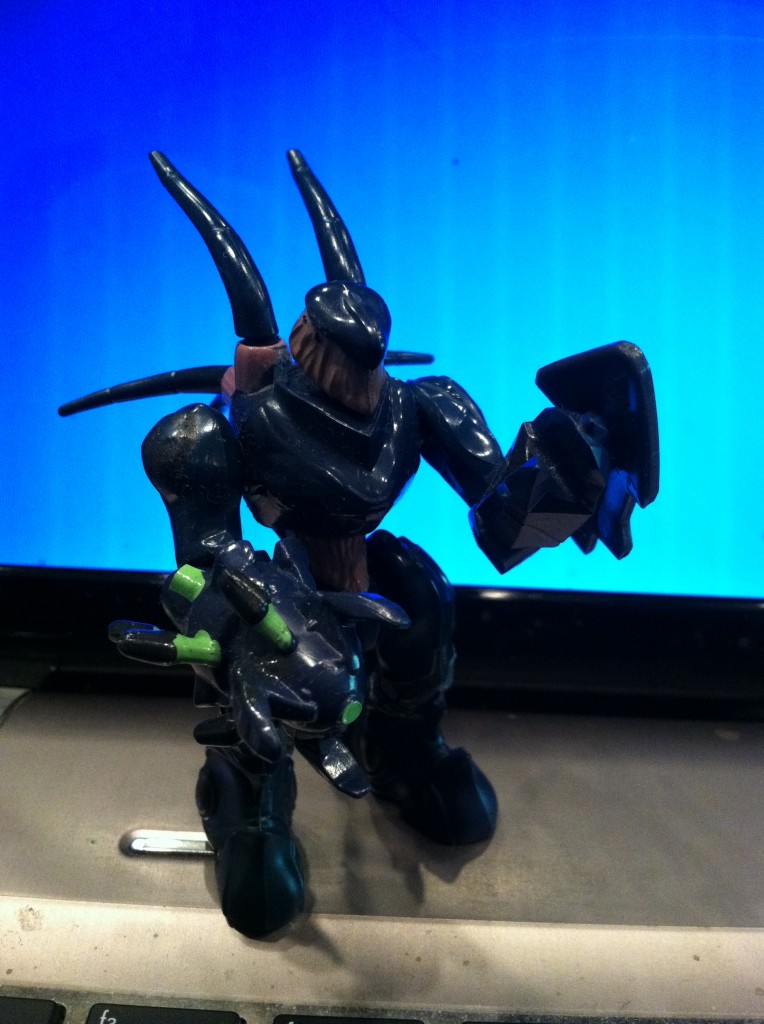 A couple years ago on a Wednesday evening, Sons #3 & #4 came to understand that after they went to bed at night I would stay up to work.  I’m not sure they understood then, although I’m reasonably sure they do now, that I need peace and quiet to write.  Certainly, it will be years, probably not until they are parents themselves, before they will understand that I’d rather give up my sleep for that peace and quiet than give up my time with my children.

But what I know they did understand that day was that their mommy was up alone in the sleepy, dark house in the middle of the night.

This was, and to some degree I suppose still is, a scary concept to them.  When they wake up in the middle of the night they find it a frightening thing. So, loving sons that they are, they wanted to protect their mommy from the dangers of the night.

They scampered up to their room, and much inaudible discussion ensued.  A few minutes later they returned with a Lego peg-legged pirate, complete with sword and pistol. 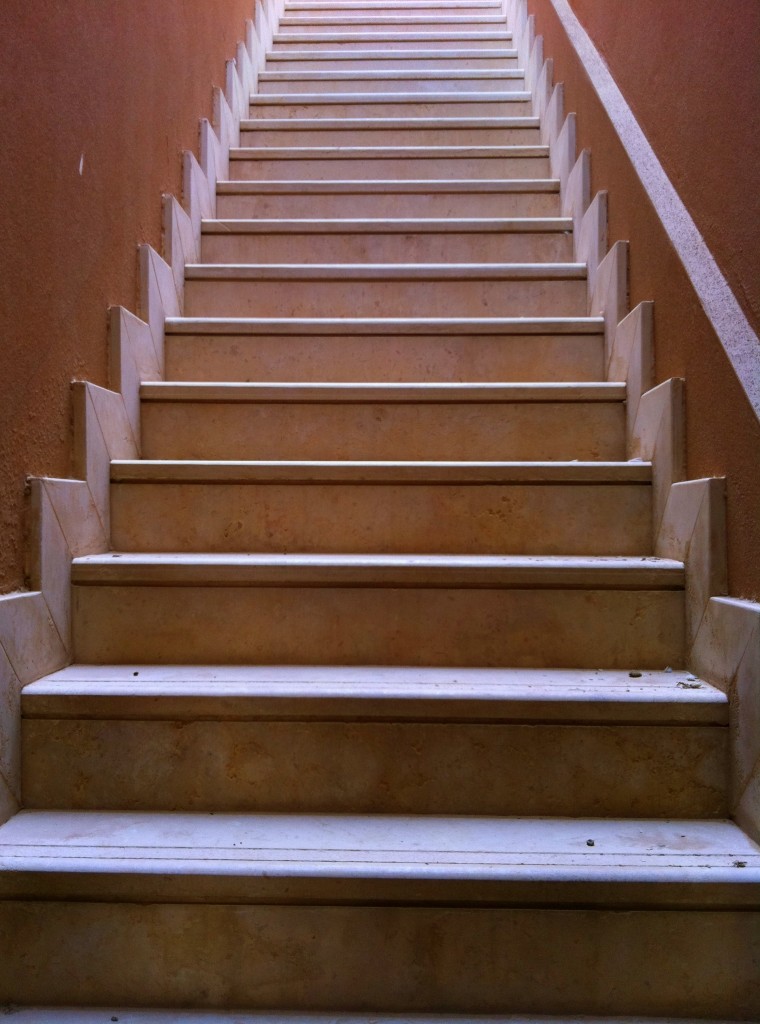 He (I’m quite certain he was a “he”) looked quite rough and tough and burly, as one would expect a Lego pirate to be.

They handed me their little plastic treasure and explained to me that he was to sit on my laptop computer.  “He’s to keep you company, and to keep you safe,” Son #3 had explained.  “So you won’t be lonely…or scared,” Son #4 added.

I had my first body guard, Pegleg, with me for nearly two years.  He would occasionally be called into service during the day, but, miraculously, he was always in his place standing guard when I sat down to work each night.  If only they had kept such good track of their shoes, or their pet newts!

But, one night when I sat down to work Pegleg was nowhere to be seen.  In his place stood a proud swordsman from an Arabia Lego set.  Although he didn’t have a pistol, he had a long sword and a swooshing cape.

Swooshing Cape kept me company, dutifully standing guard, for about an hour before curiosity forced me to my younger boys’ room.

Was Pegleg in the midst of a battle paused to continue the following morning? Was Pegleg the recipient of a career ending injury and forced to retire from his bodyguard duties? Had they simply lost Pegleg during the day’s events?

I had to know what had happened to Pegleg!

But, it was 2AM so I would have to figure it out on my own, tempting though it was to rouse one or the other of them from their sleep. 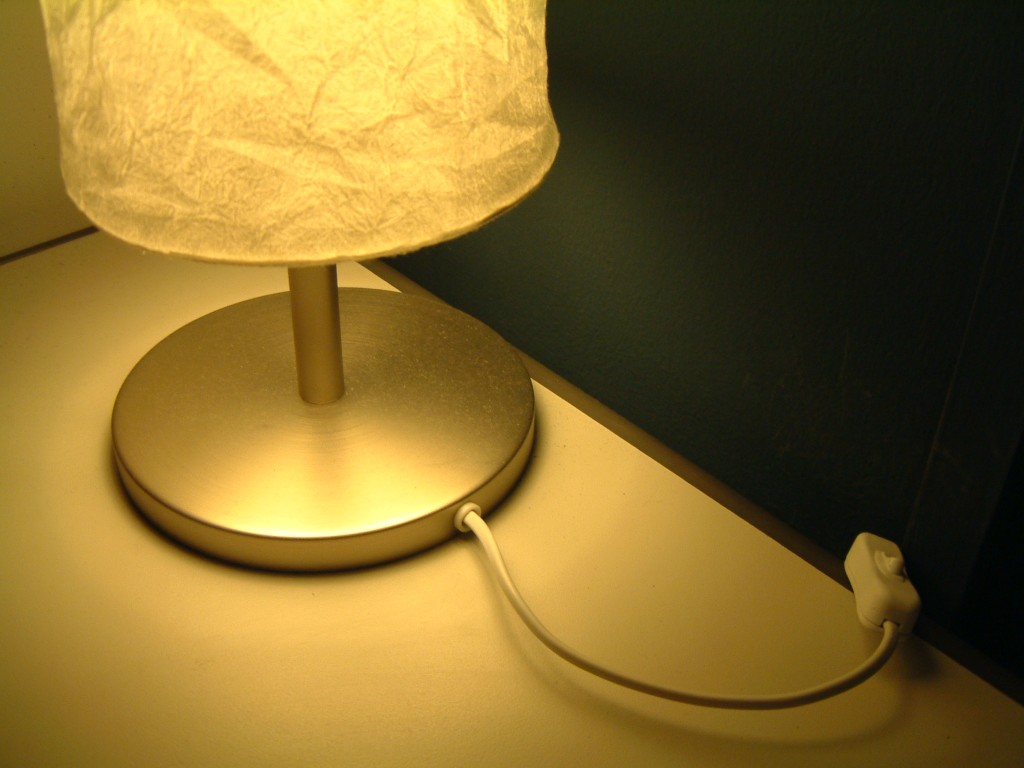 Turning on their bright lights would have woken them up, so that was NOT an option.  I was so thankful for the dimmer switch in their room as I picked my way across the cluttered floor.  I could never have made it in the dark.  Who needs weapons of mass destruction when you have Legos and Hot Wheels on duty?!?!

Their Lego table was covered with structures and figures, but all seemed to be from their modern city building sets.  Their significant pirate population was all on the shelves where they belong, apparently having been quite inactive that day.

I found Pegleg, looking none the worse for wear, sitting on the poop deck of their largest ship.  He was not broken nor missing nor otherwise engaged, yet for some reason Swooshing Cape had taken his place.

I started back to my office, fighting the urge to wake them up to ask what the deal was (Would that really have been so terrible? At least it would have given them more to talk about during therapy as adults!).

I was nearly safely out of their room when I realized this was going to bug me all night.  So, to put my mind at ease, I went back to their shelves and grabbed Pegleg.  Ok, I get a teensy bit set in my OCD ways. So, sue me.

I put Pegleg on my laptop right next to Swooshing Cape.  Both silently watched over me while I worked.  I think I heard them whisper a couple times, but I wasn’t really sure.

True to my OCD nature, I rose a bit early the next morning so I could return Pegleg to the poop deck from whence he came before Sons #3 & #4 woke up.  I didn’t want my boys to know I’d messed with their body guard arrangements for me.  And, I really didn’t want anyone to know that I couldn’t focus on my work without the aid of a teensy plastic pirate.

During breakfast, I casually asked about the appearance of Swooshing Cape.  Son#4 answered, without skipping a beat, or swallowing his waffle for that matter, that “Other guys want a turn.” 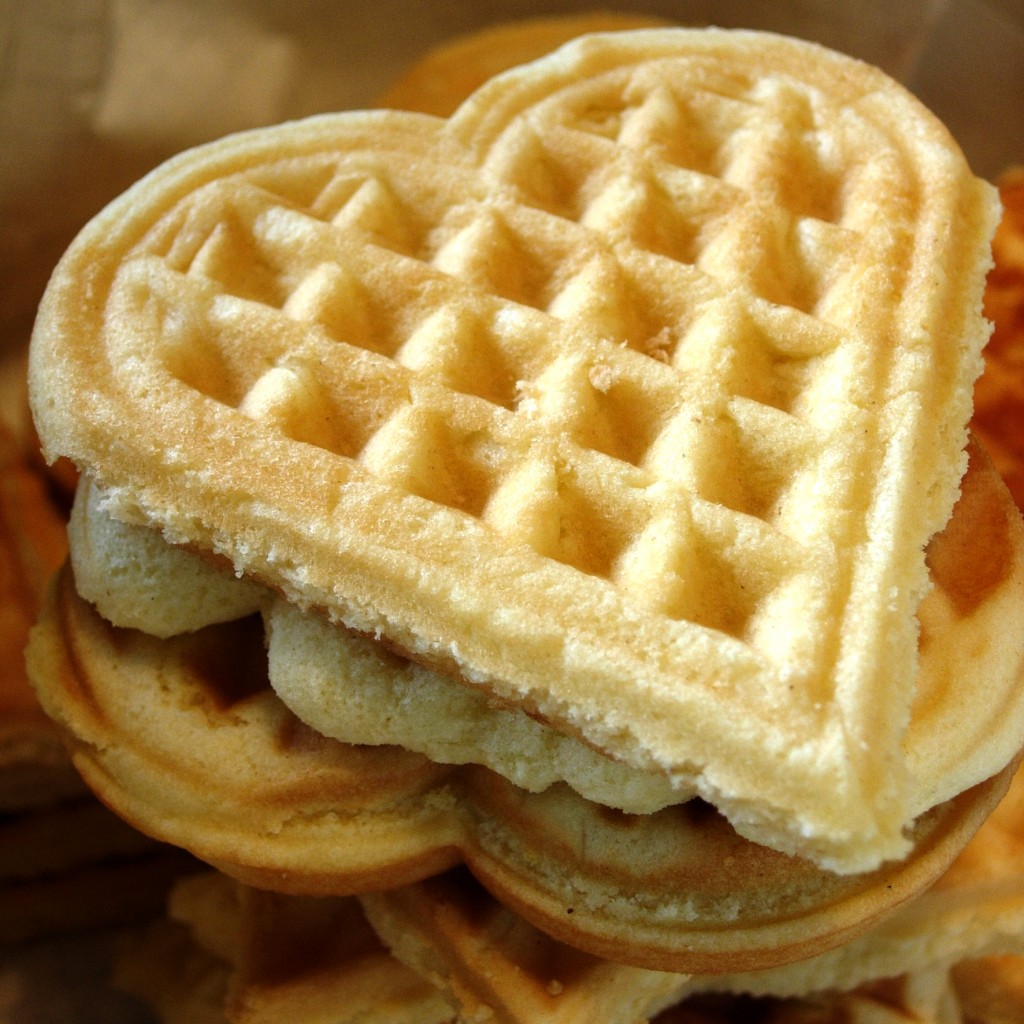 Well, that made sense.  It was rather unfair for Pegleg to get all of the fun.  Son#3 added, “We thought you’d like to meet some new guys, too.” How many times had I reminded my kids that meeting new people is fun?  Good grief!  They’d been listening!

So, Swooshing Cape stayed with me for about ten days.  He was replaced on a Sunday afternoon by a tiny brontosaurus, who, I was told, “is not a Lego, but still a cool guy.”

And, every time I look at my tiny guardian for the week my heart squishes a little, because alongside that tiny toy is a giant reminder of how much my little boys love me.

How do your kids take care of you?  I look forward to hearing all about it, so please drop me a comment.

Laugh AND LOVE Out Loud!

Isn’t it amazing the ways children find to show love?  So innocent and clear!    What is something special someone has done for you to show they care about you? What have you done for someone else?  Shoot me a comment.  I’m looking forward to hearing all about it.

Just Called To Say I Hate You