It’s that time of year again.

Time to shake and bake while our loved ones stride across the stage.

You want to be a graduation audience member? Let’s see if you’ve got the endurance, savvy, and possibly even stupidity necessary to make the grade.

Ahhh – the audience – that group of adoring fans that entertains delusions of homicide as the ceremony plods along. At least a lot of them are darn entertaining, even if it is for all the wrong reasons! 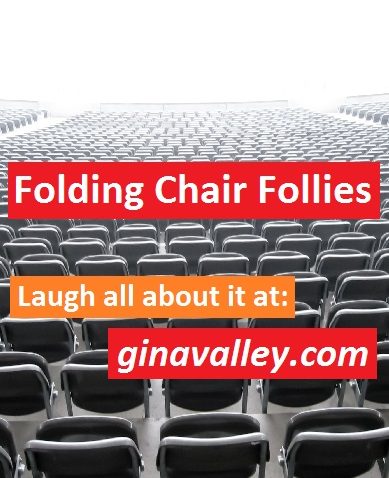 By the end of the ceremony, those of us in the audience who have survived have bonded like hostages being held in the desert. We are hesitant to leave our new found friends, and yet sick of the sight of each other.

A few questions pop into my mind as I consider that ragtag group of sweaty individuals sticking to the chairs behind the graduates.

Is there some reason people understand they need to dress up to attend a graduation ceremony, but apparently think bras are optional? If you are over 25 years or 120 pounds, you know a bra is your friend, don’t you? Do some of you more “gifted” guys realized this applies to your upper ailerons, as well?

You do realize people at graduations are bored and overheated, but not blind, right? Why are you punishing them?

Isn’t it bad enough that, to graduate, Junior has to sit there in an asbestos lined dress, wearing a funny hat for 3 hours? Should he also have to suffer through granny’s bobbing hooters knocking over one of his friends?

Do you realize that kid could lose an eye? Heck, don’t you think everyone in a 50 foot radius is probably considering scratching theirs out? Why don’t you get it together and rack ‘em up, or lock-n-load, or something?!?! This isn’t the state fair, you know? 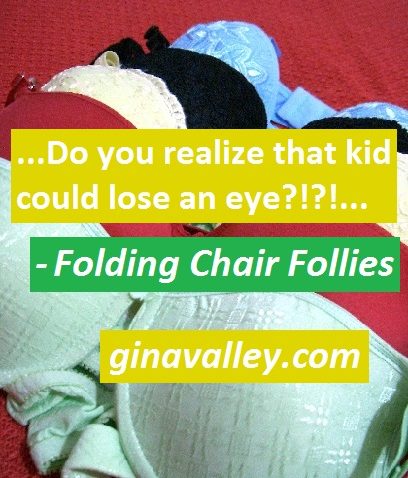 If you chose to wear low rise pants, why didn’t you also choose to wear underwear? And, must you sit in front of me and bend over constantly? Can’t you see the wisdom in having some secrets? Do you realize how hard it is to keep a 2 year old from tossing raisins into what looks like a perfectly good target from where she stands?

Instead of programs, why don’t they hand out deodorant to the audience members? They know there won’t be a breeze, so isn’t it worth the effort even if it saves only a few lives?

And, if you’re the only one sitting in an audience of thousands holding a balloon bouquet, doesn’t it occur to you something might be amiss with your celebratory gift choice? Do you realize those balloons are not transparent and the people around you don’t have x-ray vision to see through them? Do you realize the knives being thrown were half attempts to pop the balloons and half attempts to take you out of the gene pool?

You do understand it’s standard protocol for me to snip the string of any balloon that smacks my head, right? And, if I’m smacked twice, I have the right to smack you with whatever I brought (FYI – I’m bringing bricks to the next graduation)? 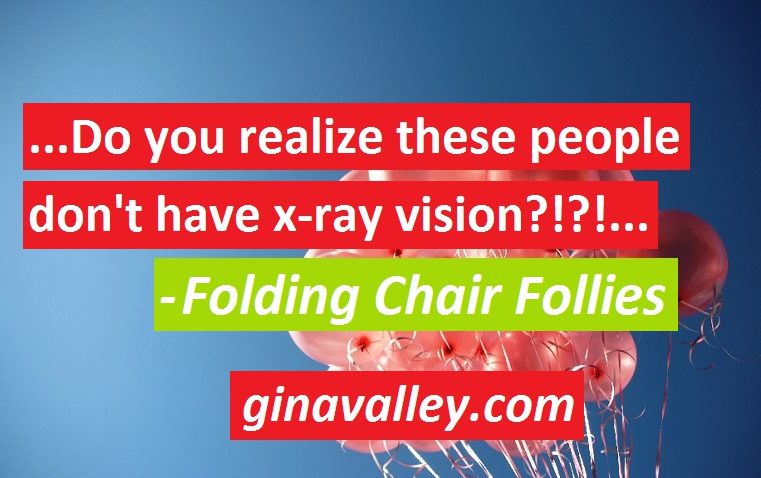 Is there some reason those of you with air-horns, classy and elegant as those are at a University level function, have to point them at my ear prior to firing off that delightful, fun, audio enhancement? Don’t you realize I would keep my hearing and you would get better sound if you raised it over your head?

And, once you’re seated, can you please stay seated? What is the deal with the people who sit in the exact center of the 100 person long row, and then climb out over everyone every ten minutes? If your bladder is that small, shouldn’t you skip drinking, sit on the aisle, and possibly see an urologist?

When the endless ceremony ends, is there a chance we could maintain a little decorum? Must you stampede out over other audience members the second the recessional is finished? Did you think you were being chased by the bulls in Pamplona? 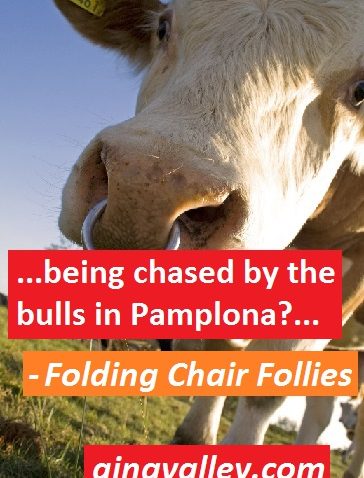 And, much as I hate to mention this because I found it extremely entertaining to watch each and every time it happened, I feel in the interest of public safety I must ask, is everyone now aware we’re sitting on folding chairs at graduations? Didn’t you think about what would happen to you when you stood on a folding chair to take a picture? Are you familiar with the phrase “That’s gonna leave a mark!”?

Did you realize your scream, the ensuing laughter from those around you, and the siren of the approaching EMT’s would drown out the sound of the graduates’ names being read? More importantly, did you not see the 11 other people who tried and epically failed at the same stunt you decided to have a go at, prior to your grand chair adventure? Did you really think you could succeed where they had failed? Did they use the actual Jaws of Life to extract the chair from your body?

Is there some law of physics which requires 2 and 4 year olds, who were hyper and cranky throughout the entire ceremony, to fall asleep as the last name is read? And, what causes their body mass to swell to nearly 5000 lbs as we attempt to carry them on the 2 ½ mile trek to the car? And, which car did we bring?

Did you know if I see another folding chair anytime soon I may have a post audience member traumatic episode?

Can I get some iced tea STAT?

What is the goofiest thing you’ve seen in a graduation audience?  I’m looking forward to hearing all about it.

Photos courtesy of Stock.xchng – Used with permission.
This post is based on Death by Folding Chair – The Perils Of A Graduation Audience, which first appeared right here on ginavalley.com May 31, 2012.