Did I Say Something?

“Wash your hands!” I just hollered at my 11 year old for the fifth time in 5 minutes.

Clearly, this was a torturous task.

I mean the washing for him.  Not the hollering by me.  I’m quite good at hollering.  I’ve been practicing for years. It’s no trouble at all.  Comes quite naturally.  Must be a parent thing. 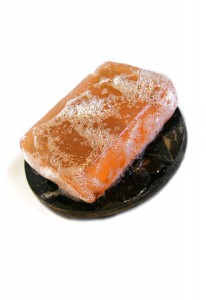 Then, I heard myself holler what I have hollered and said and whispered and nearly cursed uncountable times, “I’ll bet your teacher doesn’t have to tell you to wash your hands more than once.”

Without missing a beat, my mini minion shot back, “She doesn’t tell us.  We have to wash our hands before we line up after recess.  Everybody knows that.”

And, there it is.

If I say that, prior to sitting down for lunch, they’re to wash their hands after they have been playing in the pile of cow manure that’s waiting to be spread over our lawn, I’m asking too much.

I was reminded of that age old parenting adage:

Children will do anything for their teachers.

We used to live across the street from the school two of my children attended at the time.  It was 30 feet from the end of our driveway to the back edge of the school.  Our kids just had to hop the fence, walk across the playing field, and they were at the blacktop.  It was quick; it was short; it was easy, and our kids didn’t do it.  Nope, our kids walked all the way around, about ½ mile, to go into the front of the school. 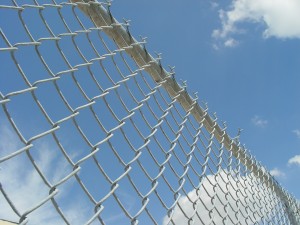 Lest you think the fence hoppin’ is a deterrent, know that my kids hopped fences before they walked.

I was raised Presbyterian, so we didn’t hop fences when I was a kid.  We were raised to respect that fences signified boundaries one needed permission to cross.  I never hopped them as a kid – except when we were camping – all bets are off when you’re in the woods.

In civilized society, I was taught, a fence was not crossed over by law abiding citizens.  If they wanted you in there there’d be a gate.  Find a gate or stay out.

But, I’ve always been a bit of a rebel, so I’ve never allowed fences to slow my pack down.  Besides, we’re usually running late.  Much to the chagrin of the proper parents & fence fearers around us, my kids have always breeched every fence in their way without a second thought.

No, my kids weren’t walking an extra ½ mile to school out of a misplaced sense of fence respect. Nope.  My kids were walking half a mile all the way around the school because they didn’t want to get grass on their shoes. Apparently, the grass at that school was very dewy, causing pieces of grass to adhere to their footwear and they wanted to avoid this condition.

“They must be tremendously tidy,” you might be thinking.  No!  Are you kidding me?  I think they’re hiding curly tails under their jeans.  In fact, the walk home across the field was no problem.  Sometimes they looked like they were wearing grass boots by the time they got home. 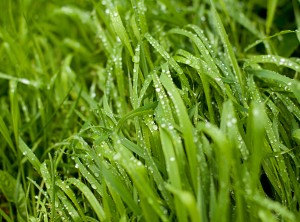 They didn’t walk across the field on the way to school because their teacher didn’t like grass tracked into the classroom.

I can’t get my kids to leave their shoes outside when they step in dog doo!

They won’t walk 5 extra steps to put trash in the trash can.

Yet, they’d walk 100 times farther than they had to in order to avoid tracking grass into their classroom because their teacher didn’t like it.

I wish I could have convinced their teacher to use her magical powers to get them to clean their rooms or to go to bed on time or to stop bickering.  But, she was only willing to apply them to school-centric issues.

I saw their teacher at the grocery store yesterday.  I would have said “Hello,” but she was pretty busy saying to her 7 year old, “I can’t believe I’ve had to tell you to put your shoes back on 5 times in this store!”

I guess teacher magic only works on their students.

Ever feel like you are being ignored?  Shoot me a comment.  I’m looking forward to hearing all about it.

What Happened To My Margin?