Crime Scenes In The Kitchen

Thank you to whoever put away the chocolate syrup last night.

Usually on post-ice-cream-sundae mornings I find the chocolate syrup still sitting on the kitchen counter, along with the carton of melted ice cream and the sticky, dripping scooper.  It was nice to come into the kitchen and find that you had made the effort to put everything away this time. 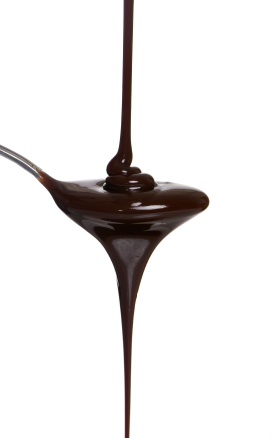 Much as I appreciate your effort, and I truly do, please allow me to make a suggestion for the next time that you are returning the bottle of chocolate syrup to its chilly home.  I would appreciate it greatly if next time you would either place the bottle upright on the shelf or close the lid or, preferably, both.

When I entered our kitchen this morning a dark, oozing puddle flowing out from the bottom of the refrigerator created a site reminiscent of a CSI crime scene.  So much so, that it scared the dog.  He won’t even go into the kitchen now, which is not an entirely bad thing.

Upon opening the door to the refrigerator to investigate the puddle source I was reminded about something you’ll learn when you grow up. It’s a concept that the chocolate syrup and I are already very familiar with:  Gravity is not our friend. 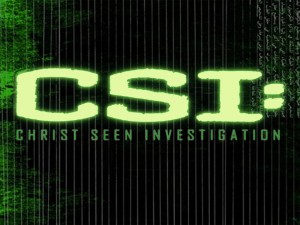 I’m not sure how long it took for the chocolate syrup to make its exit from the bottle complete, but I am certain that it believed it had received orders to scatter upon exit, as it had clearly infiltrated every hub in our refrigerator.

The beveled, raised spill-prevention edge on the shelf had clearly done its job, if in fact that job was to spread out the spill so as to form a chocolate syrup waterfall along the entire edge of the shelf.

I checked in the crisper drawer, and it looks like something has seriously violated the sanctity of the tomatoes and the lettuce.  I’m not even going to bring up the condition of the cut cantaloupe.  It’s a tragedy. 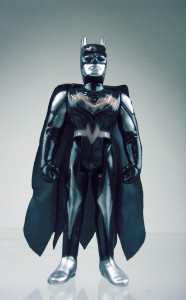 The milk jugs in the door look like they have donned Batman costumes.  I won’t even describe what has happened to the oh-so-porous eggs.  It’s just wrong.

I’m hoping everyone likes the chocolate-flavored roast beef and cheddar sandwiches we will be having for lunch.  I haven’t served roast beef or cheddar marinated in chocolate syrup before. Let’s just call it “Nouveau Cuisine,” or perhaps more accurately, “Gross-o Cuisine.”

I’m sure if he were here today Sir Isaac Newton would be quite pleased with your repeat proof of his gravitational theory.  But, if anyone is going to show up to our kitchen from the past I hope it’s Mr. Clean, and that he brings that guy with the paper towels.  This is clearly at least a two man clean up job.

I guess we’ve got that all cleared up now.

Just in case later you’re looking for the halfway full gallon tub of ice cream or the scooper, I thought I better update you on their activities since you communed with them last night.

So, unless you have a way to suck the sticky liquid out of the inner workings of the microwave, we are out of ice cream.  We might be “out of microwave,” too.

You did return the scooper to its proper home in the third drawer down, to the left of the sink.  If you need it I’m sure it’s still there because the sticky ice cream-coated scooper apparently spent the night fusing itself permanently to the bottom of the drawer and other nearby utensils in its drawer neighborhood.

I’m buying prepared, individual desserts tonight and you are all eating them outside.  At someone else’s house.  In another state.

Any good science experiments happen in your neck of the woods?  I’d love to hear about it.  Shoot me a comment with all the details.

No Compliment Will Go Unpunished!

These Do NOT Cause Brain Damage!!! …Gina’s Favorites

These Do NOT Cause Brain Damage!!!